Jamine Moton has been protecting people for as long as she can remember. In high school, she was a “bullies bully,” using her imposing size and athletic prowess to stick up for students who couldn’t defend themselves. It was that same size and prowess that carried her to Clemson on track and basketball scholarships. 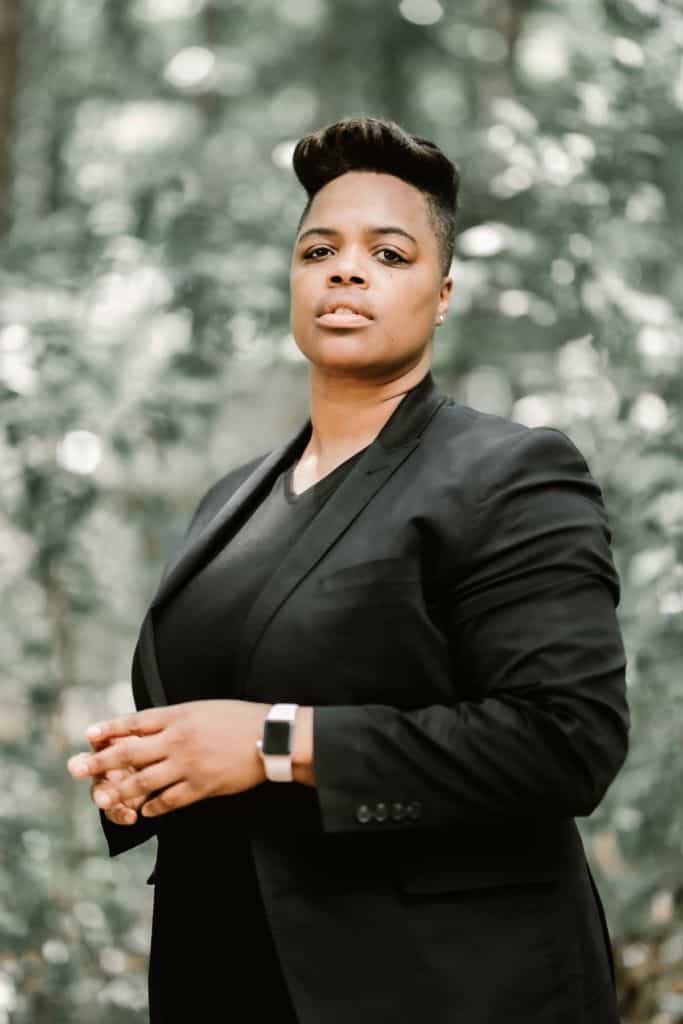 By the time Moton walked away from the world of collegiate track and field in 2004, she was a national champion, a hammer throw record holder, an Olympic alternate and a future hall of famer. However, when Moton retired from her sport, she didn’t leave her identity as an athlete behind her. Rather, she combined her skillset as a track star with her passion for protecting people to start her own company: Skylar Security. In 2019, Moton is preparing to scale her company to $1 million in revenue. She has no intentions of stopping there.

Moton’s leap from the upper echelons of athletics to entrepreneurial success didn’t come without its hurdles, and it didn’t happen in record time. After receiving a masters degree in human resources training and development and business management from Clemson in 2004, Moton eventually moved from South Carolina to Atlanta, where she took a job with the Clayton County Police Department in 2012 as a sergeant. 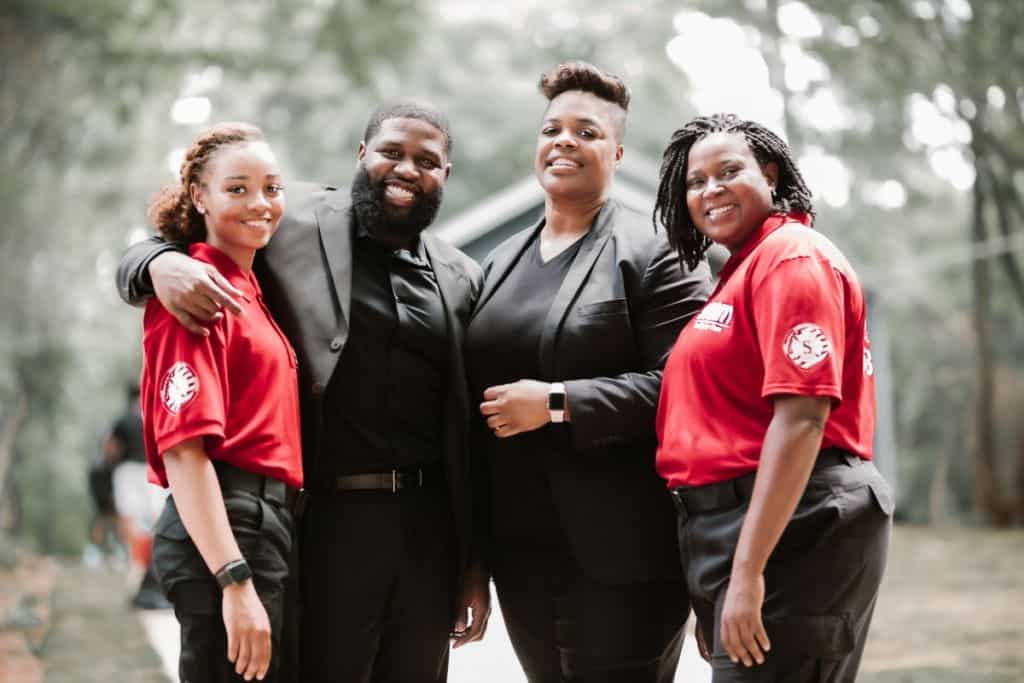 She quickly realized a career with the police force wasn’t for her, even if it was only meant to be a stepping stone to her dream job with the FBI. However, a comment from one of her superiors changed everything. “One of my supervisors told me I was being ‘too supervisory,’” Moton said. “As an athlete, I don’t know what it means to give half. I’m always at 100 percent, doing the most.”

Paving Her Own Path

That remark sparked something inside Moton. In 2014, she rescinded her FBI application and started Skylar Security, a private security company that emphasizes client support, success and retention. “You graduate from the police academy, and you put on a bulletproof vest and a badge. There’s a type of pride that comes with that,” Moton said. “I realized you don’t see that same pride in the security industry.” 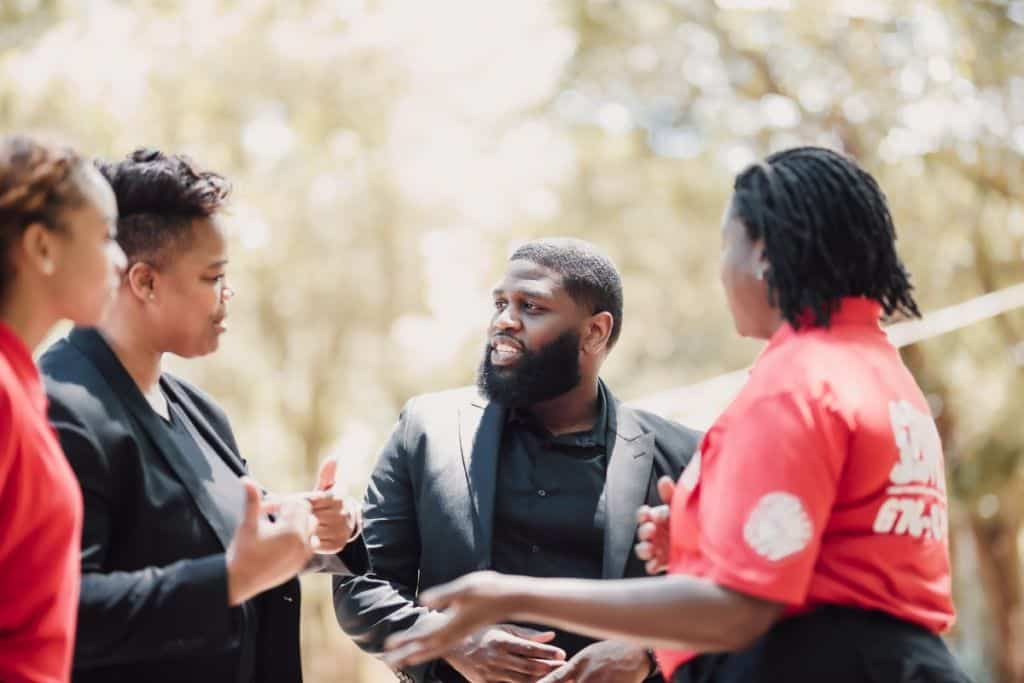 For the next three years, Moton worked full time with the Clayton County Police Department and full time getting Skylar Security off the ground. According to her, those long hours were spent learning what questions to ask. “I saw there was a need in the industry for quality security providers,” Moton said, “and I became obsessed with providing that quality. So I offered our providers higher than the industry standard, and I gave them the opportunity to work on their own terms. I changed the whole business model on how people think.”

A major tenant of Skylar Security’s business model is Moton’s yes-first approach. Regardless of a client’s budget, she’s been intentional about offering highly customizable solutions. “We can almost fit any budget,” Moton said. “Everyone deserves to be safe.” That’s one reason why Moton has been able to grow Skylar Security on a strictly word-of-mouth referral system. “Our clients win because they get above average service,” Moton said. “In four and a half years, we’ve lost zero clients to poor work or behavior.”

After years of juggling a full-time job and a promising side gig, Moton left the Clayton County Police Department at the beginning of 2018 to focus on growing Skylar Security. As she puts it, she “went all in.” However, one question loomed large over Moton: how to grow Skylar Security into the viable long-term business she envisioned.

An Athlete Without a Coach

Moton knew that 2019 was going to be a year of growth for her company, and she knew she needed help. She approached Access to Capital for Entrepreneurs (ACE), an Atlanta-based Community Development Financial Institutions (CDFI), for a loan. CNote partners with CDFIs like ACE in communities across America, funding loans to small businesses and empowering local entrepreneurs like Moton. ACE provided Skylar Security with the runway it needed to start the year strong. “It was only $35,000, but it made the difference for us,” Moton said. “It really set us up to scale financially.” 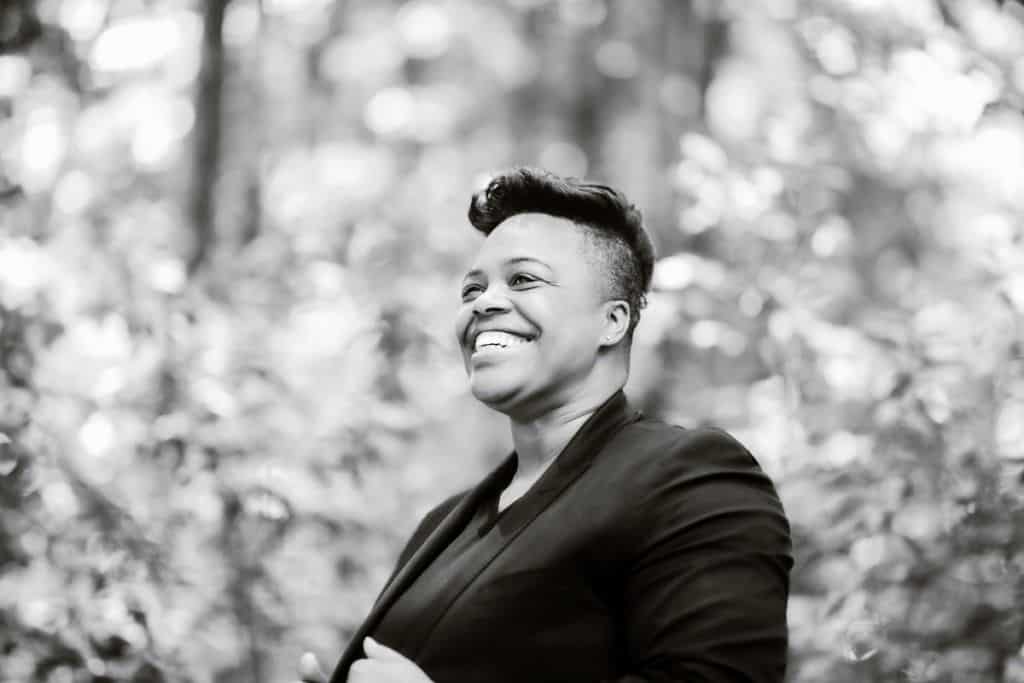 However, Moton needed something arguably more valuable to her than capital: she needed a business coach. “As an athlete, I’ve always had a coach,” Moton said. “I’m great when I have a coach. I am unstoppable. But until this point with Skylar, I never had a coach.” Moton told her ACE loan officer she could use someone who could help her scale. “I told her I didn’t want scaling to stop me from serving my clients, and she said: ‘what if I told you I could give you a coach?’ I started crying,” Moton said.

It’s only been a few months, but Moton’s relationship with her ACE business coach is already paying big dividends. With his guidance, Skylar has changed “everything,” including price points, and the company is looking to scale to $1 million in revenue and 200 security providers. That’s a big jump from the beginning of 2018, when the company had 37 providers. 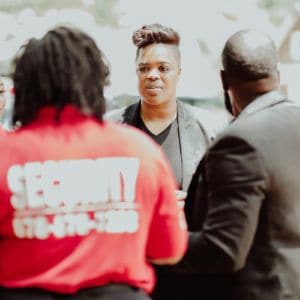 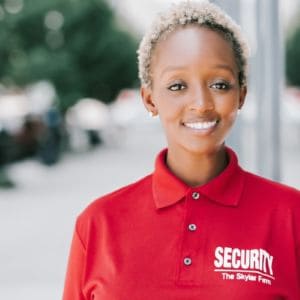 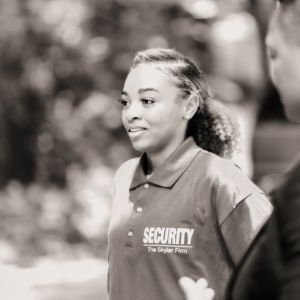 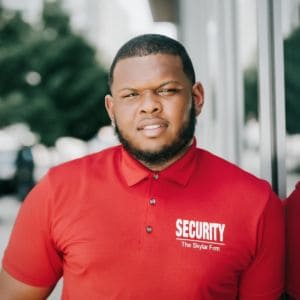 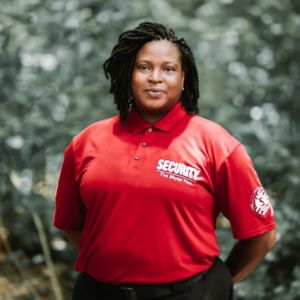 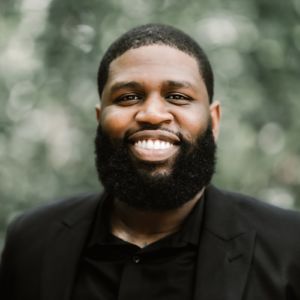 “We are referral based, so I literally have handpicked each one of those providers,” Moton said. “And I will continue to do that as long as I can scale it. It’s a little nerve wracking for me because I’ve been trying to hold back to make sure that we do not grow too fast. I’m trying to make sure that we grow at the pace of the quality we can offer, not at the pace of the need.”

According to Moton, ACE and her business coach helped her get through Skylar’s biggest achievement — and greatest challenge — to date: Super Bowl LIII. The mega-sporting event was hosted in Atlanta on February 3, 2019, and Skylar Security was one of the companies contracted to provide security at Mercedes-Benz Stadium. “Skylar wouldn’t have survived the Superbowl financially if it wasn’t for ACE, period,” she said. “I’m indebted to them, and I really cannot see Skylar achieving [success] without this relationship.”

It’s a Marathon, Not a Sprint

Moton dreams about expanding operations to other states, but for now, she’s content doing business in Atlanta, where she feels supported as a minority-woman-owned business. She credits people like Mary Parker, the entrepreneur behind the city’s first black-woman-owned full-service security firm, ACE’s Grace Fricks, and organizations like launchpad2x, Invest Atlanta and Goldman Sachs 10,000 Small Businesses program for setting her and her company up for success. 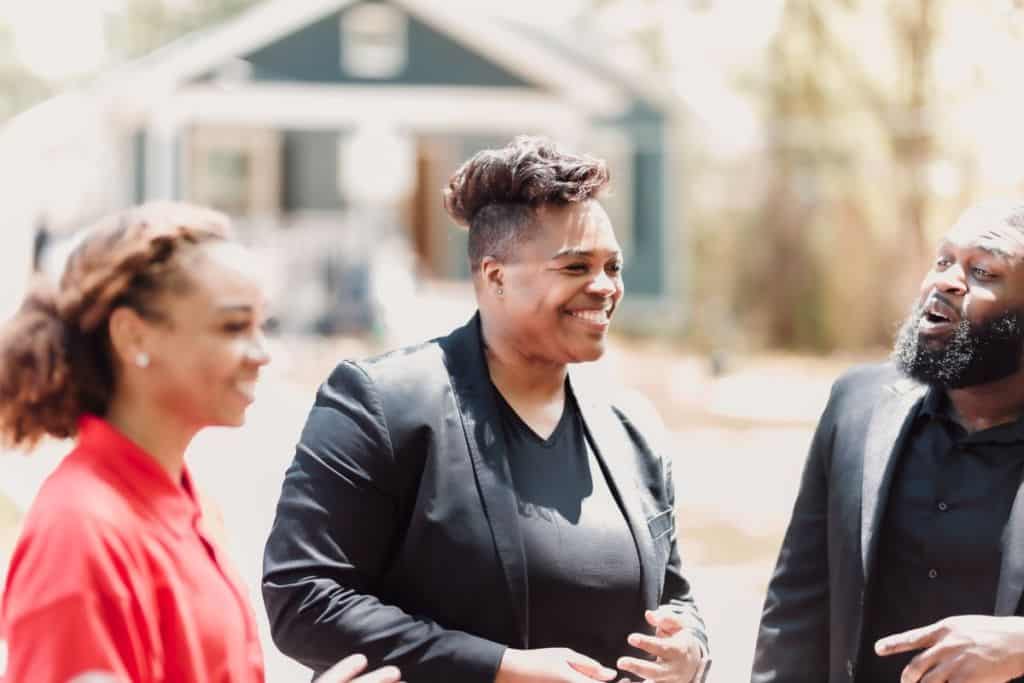 “I love it here. I look at the buildings, and I feel unstoppable,” Moton said. “I feel like Atlanta, and the relationships I have here, affords me the opportunity to do anything to be successful as an African American female entrepreneur. I’m thankful to the city for giving us the opportunity to protect them all.”

You can take the athlete out of the sport, but in Moton’s case, she’s finding ways to win in the security sector, and like any top-tier athlete, she credits her team for her success. “We would not be here if it weren’t for our mentors and our advisers,” she said. “Everybody that encouraged us or said something we needed to hear, they’re part of our story.”

“As many opportunities as I’ve had over my life, this is by far the greatest challenge to date,” Moton said. “Business is about exploring yourself, and there’s nothing like it. But we’re in a really good position to be successful.” 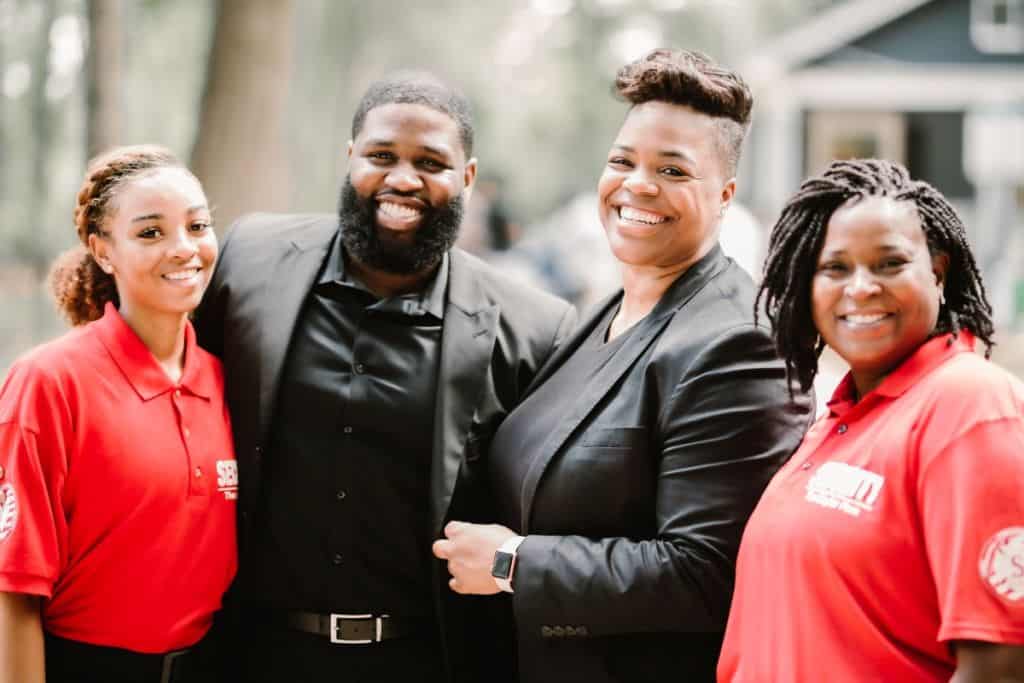 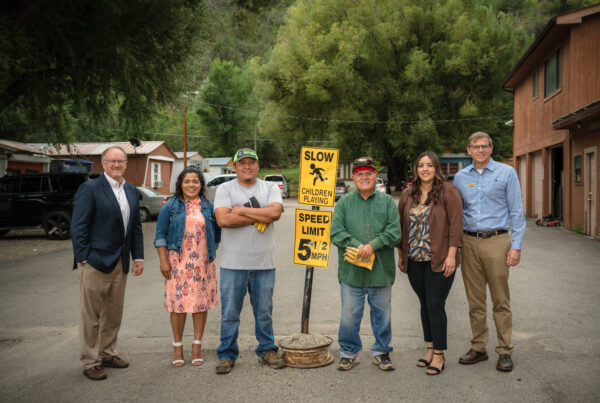 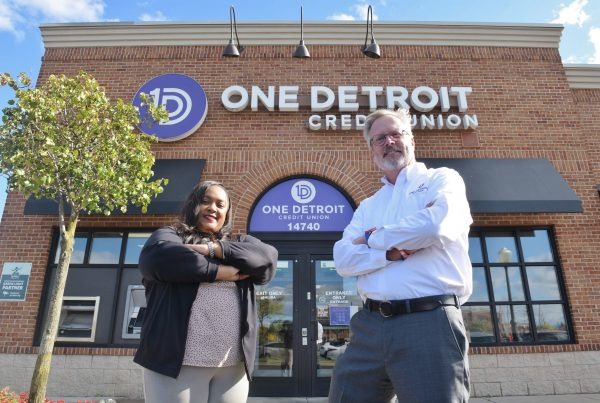 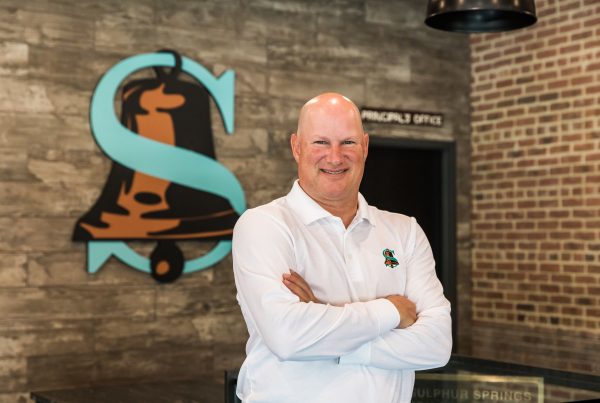 Looking for something else?